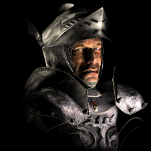 Today I'd like to start a discussion concerning gangs/squads and how similar they are to each other at this point of time. Currently, one squad has access to everything that all other squads have as well, same goes for gangs minus ability to choose what they'd like to /sell. Differences between a gang/squad and another gang/squad falls down to small things like different skins, different name, different roleplay story (not always) or different choice of basic weapons and most importantly, different members.

What I'd personally like to see is making both gangs and squads different from other gangs and squads, giving them unique things that fit their roleplay, which other squad/gang would not have access to. AA roleplays arms dealers, so why not give them access to some weapons unavailable to other players or even make them able to sell some, like dual colt or uzi. NNB are narcotics based so they could be able to sell drugs, maybe get a police dog as third spawn. Tuga Thugs are martial arts oriented, so why not give them a knife, allow TST to have otherwise unavailable flying vehicles as they're air based and so on and so on. Each gang/squad could have its unique ability.

Of course, it'd all have to be nicely balanced and the examples I wrote above are the first thoughts I came up with of so take them with a grain of salt. The point stands, currently g/s are almost identical to one another and to my belief it would be way more interesting to make them unique.

8 answers to this question