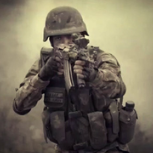 Hello, i wanted to suggest the ability for people who broke out of jail to get their previous skin back ( before getting arrested ) from a shelf located in visitors room, you just have to walk to it and touch it. Please vote and share your opinions 34 answers to this question