~[At the beginning I would like to thank the Programmer and administrators for taking care of our server. :) It gives us a lot of joy and you deserve respect, but:]~(orange,red,blueviolet,navy) @SAES-Developer

PING ~[Lets start ping players and the server. This is one of the main arteries of our gameplay. Ping is like time in the real world, it should be equal for everyone, but he is not.]~(purple,maroon,orange) 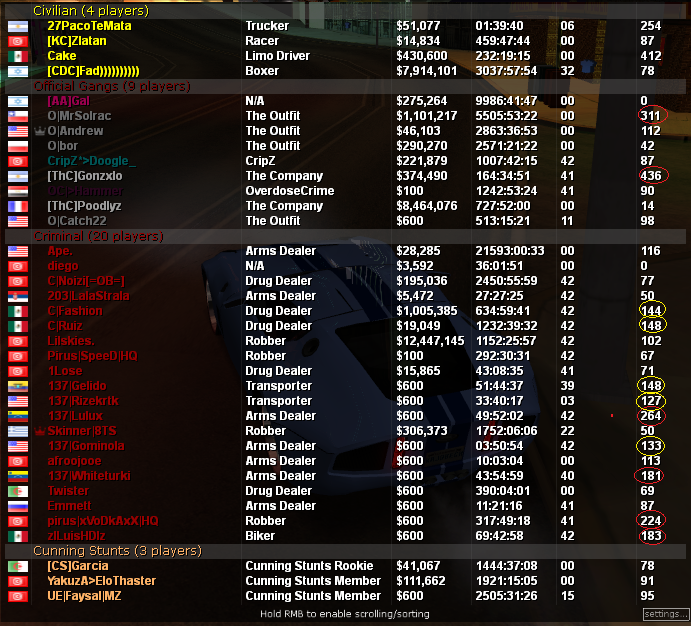 Explanation Problem 1: ~[The negative effects of having a large ping are felt by all people playing on the server. Shots fired from m4 are uneven, dense, and their flight path cannot be predicted. In the case of a sniper rifle, the arrows converge and cause permanent stunning, sometimes damage can be obtained after escaping around the corner.]~(maroon,sienna,green,sienna,teal,green,maroon) 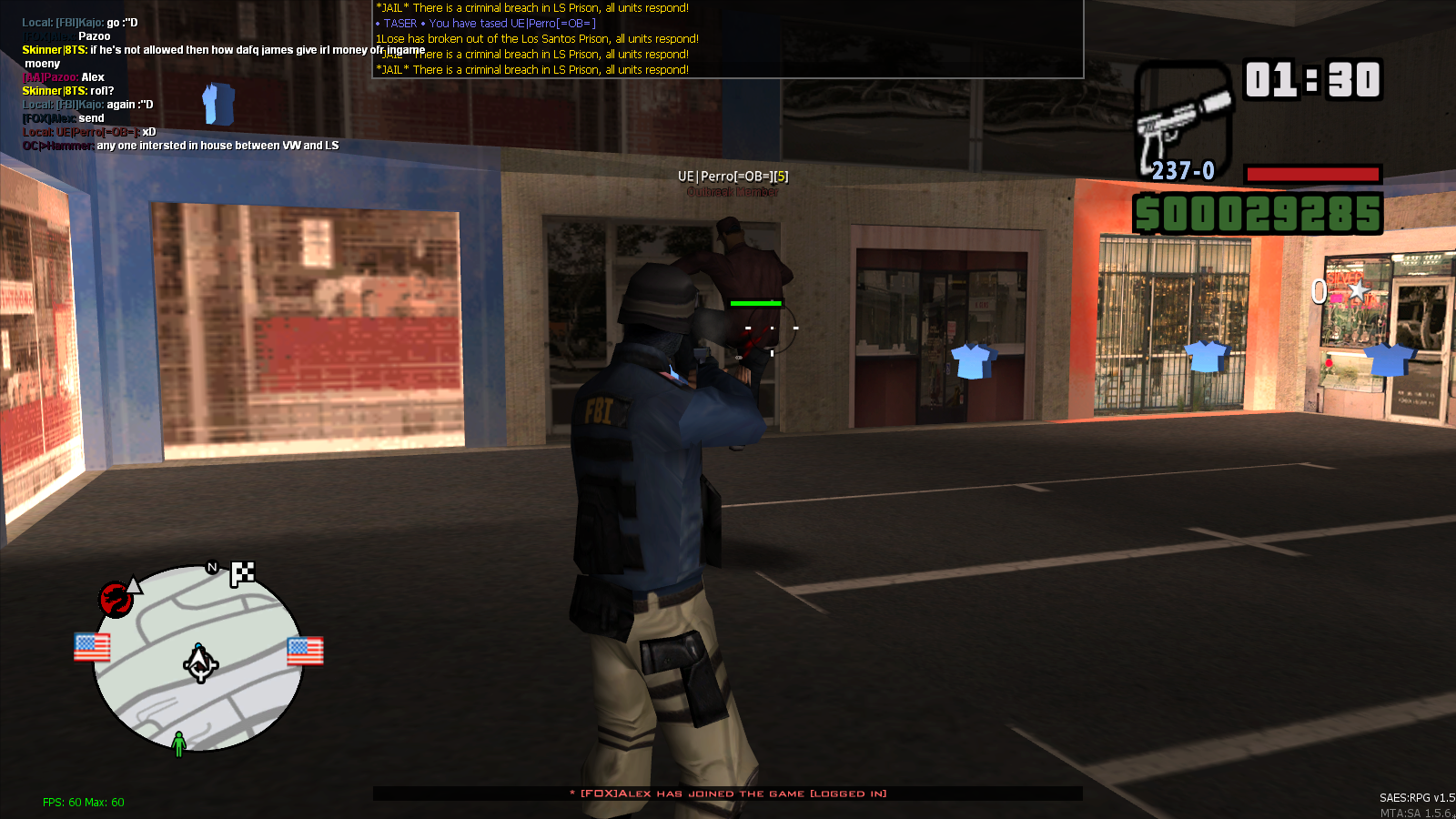 Who doesn't like the ping of CDC members? sometimes a hit is not enough (blood after zooming in on the picture) (This is in the form of a joke, not personally.). :stuck_out_tongue:

Explanation Problem 2: ~[Big ping causes and multiplies bugs in using basic weapons not only m4, snipe and combat shotgun but also like a taser: There are several situations when the taser does not work: If someone make a jump, at the beginning of the animation and at the end of it is '' resistant '', if someone is too close to the policeman who makes the shot, or just someone has ping 300+ and use telerpots. My stun gun is too short range. To effectively incapacitate such a person. The officer must shoot in the shadow of that person where she was 2 seconds ago, not where she is now. Sometimes you can observe swimming on the floor or dmg from the air.]~(maroon,green,sienna,teal,maroon,sienna,green) 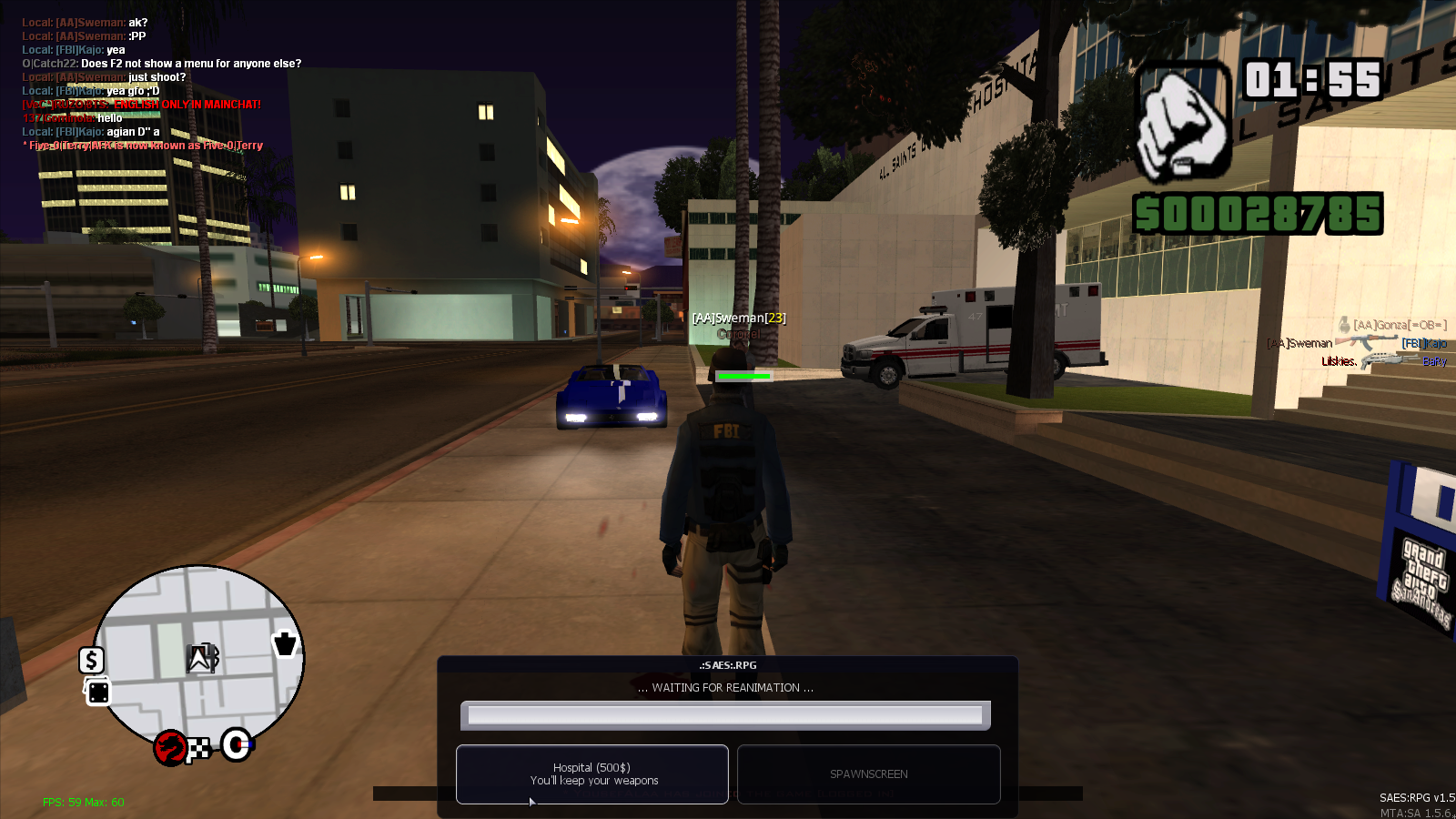 Recent changes 1: ~[During using m4, combat shotgun, snipe intensify all these bugs and add new ones. A person who have a ping when using a sniper rifle or shotgun muffles a policeman in such a way that he cannot make a move. When using Spachoron for jumping on sr. He feels like a criminal who has 20 policemen next to him. One shot stuns me for the next shot, which is as if I had died of one shot in my direction. Bah! In such a sytiation, the Criminalist has an easier ;) ... Half of the Tasers will make a bugs when shooting in favor of the criminal. Policeman has to fight criminals ping and even clever maneuvering equals receiving dmg.]~(sienna,olive,maroon,teal,sienna,green,sienna)

M4 can kill Policeman during 2s.

More bugs to the detriment of policemen:

~[1. I used a police stick x2: A Groove stood there unhindered.]~(orange,lime) 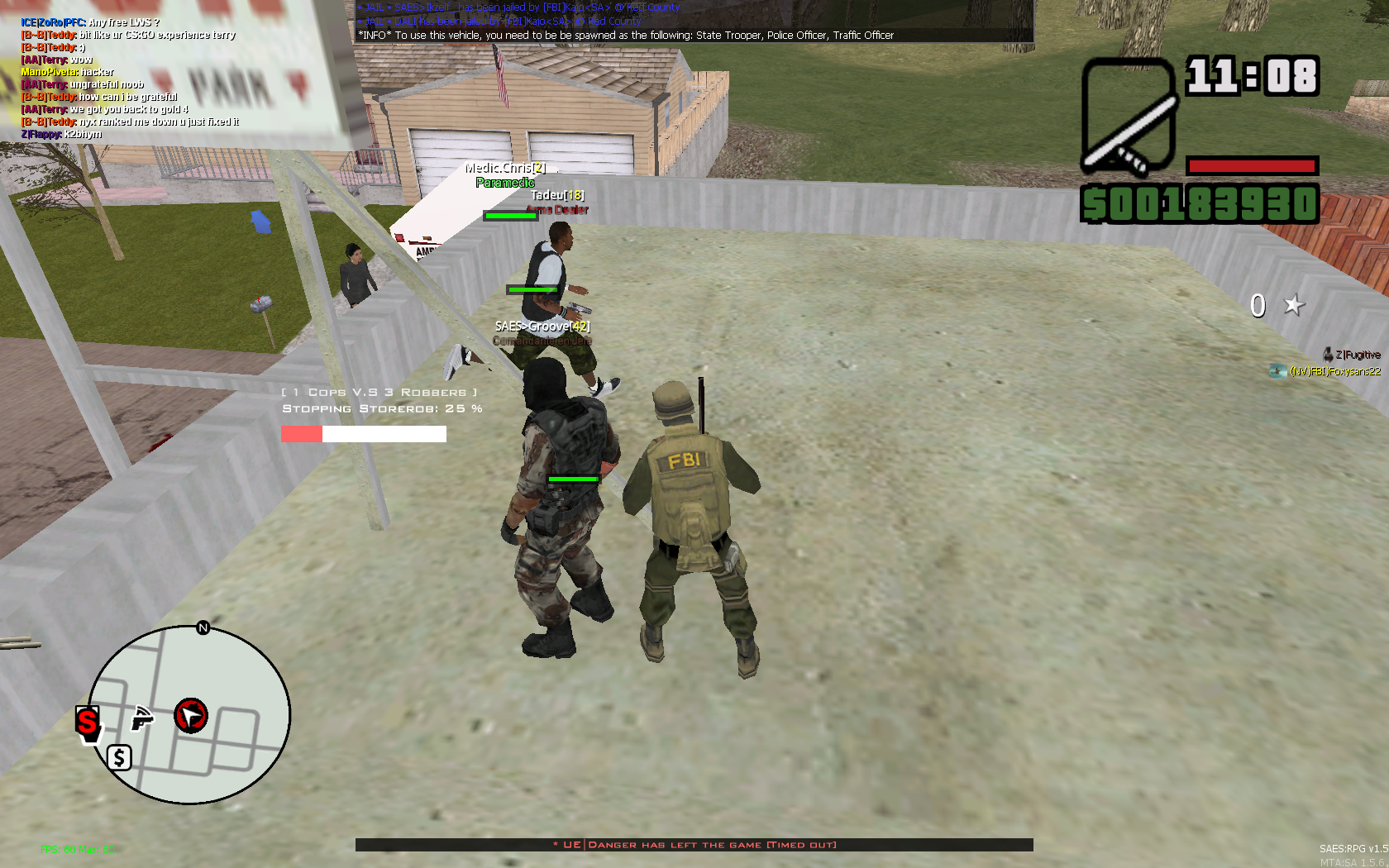 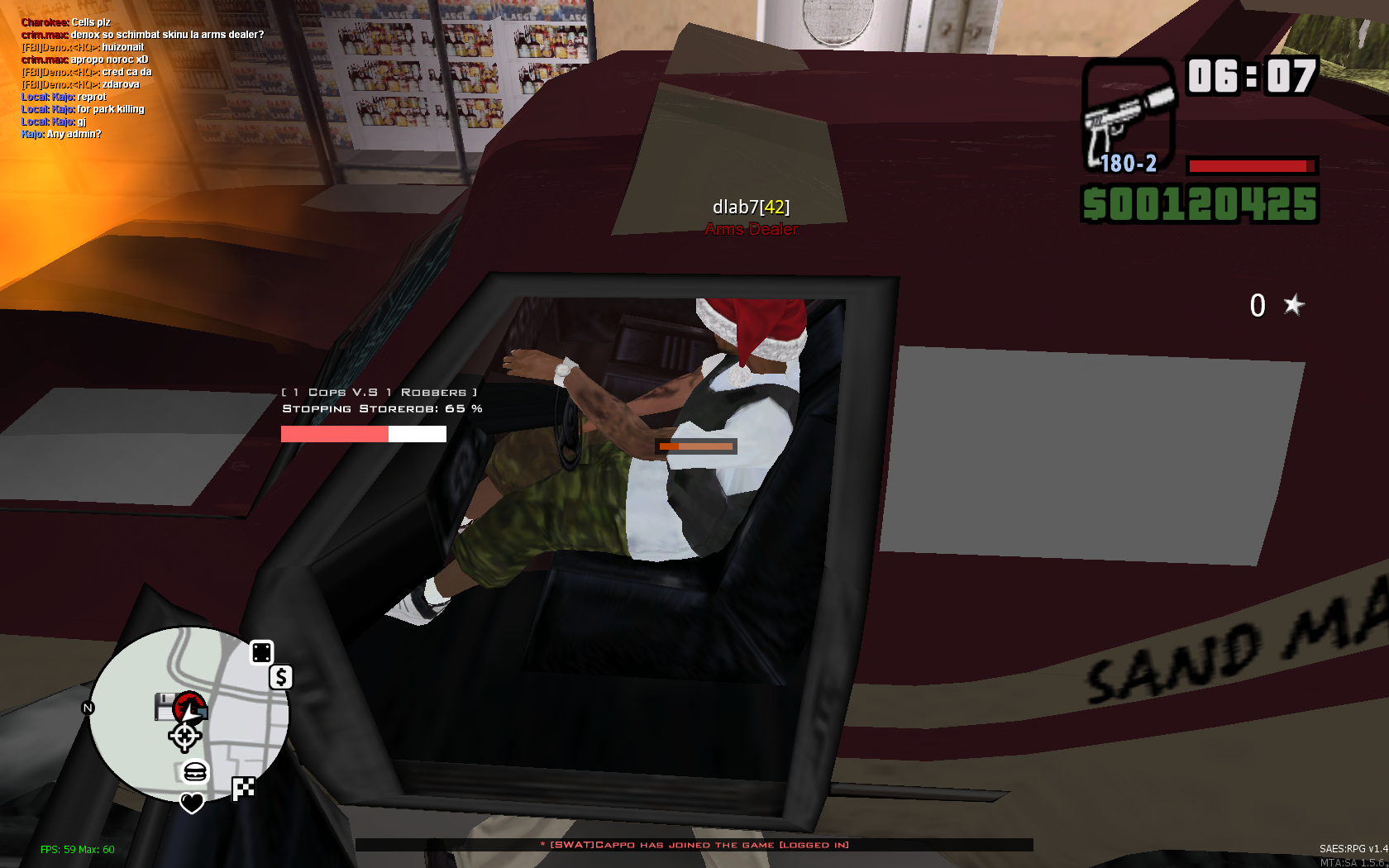 3. ~[Police truncheon does not work in 50% like someone '' levitating above the ground after using a]~(yellow,green) taser ''.
4. ~[The police baton does not work sometime as someone reloads the gun, or runs.]~(yellow,lime)

~[If you want the police not to take over all the SR, motivate some criminals to act, there are often AFK on SR.]~(maroon,blue) 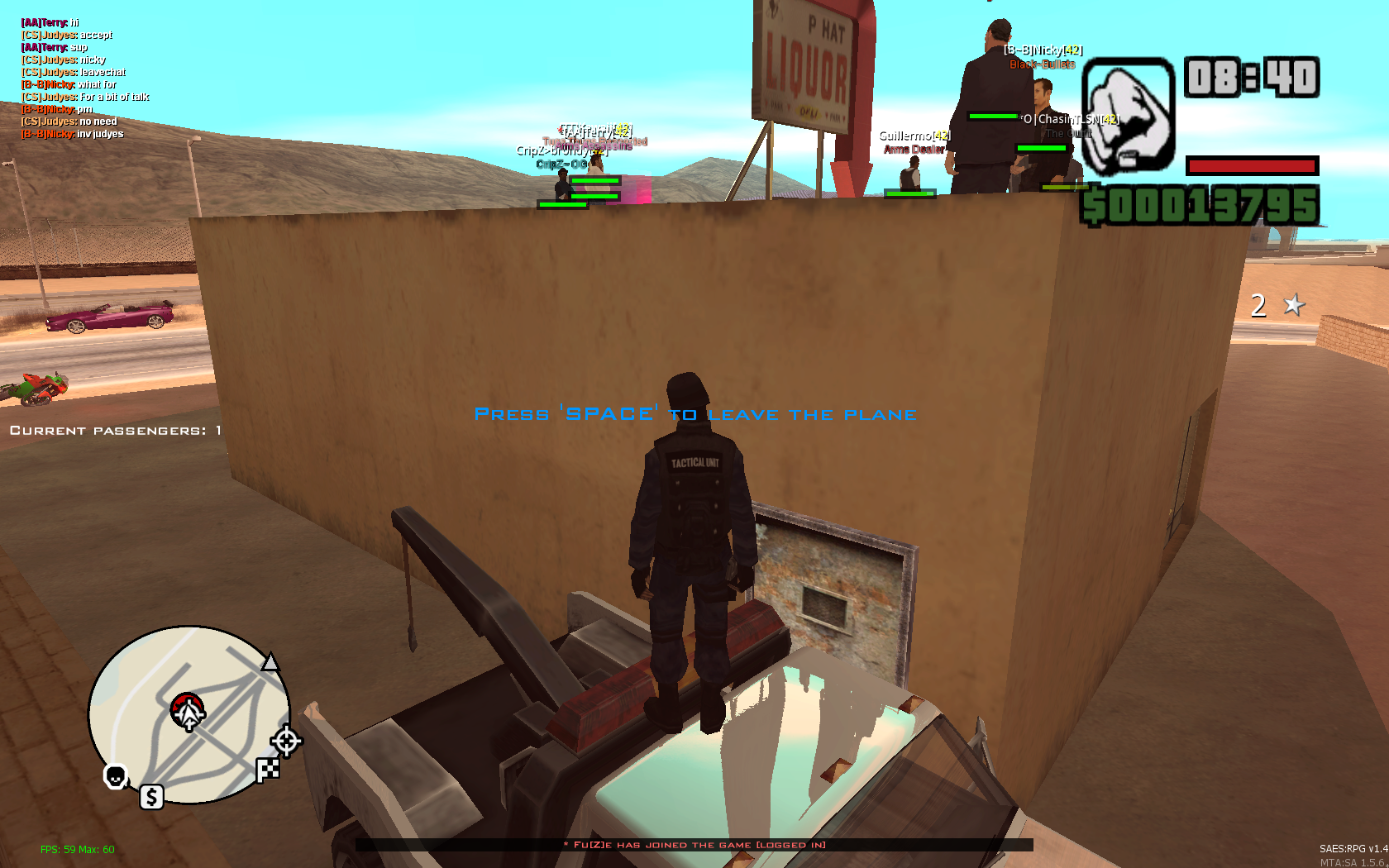 ~[Introduce reasonable solutions regarding squads and the number of policemen, so that there are not too many of them in a certain period of time.]~(blue,maroon,sienna,navy) 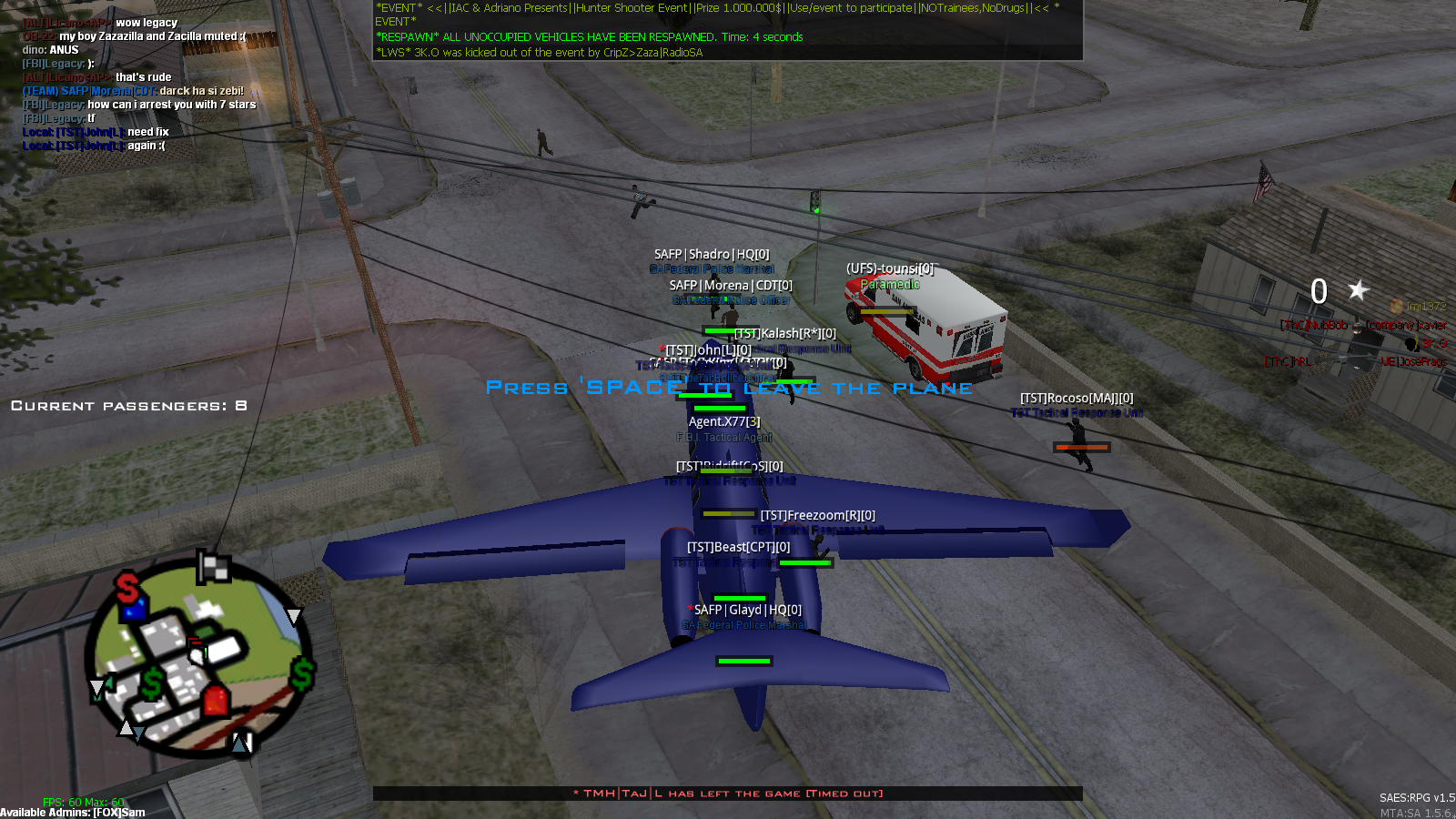 Thank you @ESO , @Piem , @Licano for your help in this matter

38 answers to this question