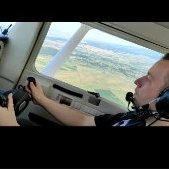 I would like to suggest a little fun thing and to bring more interaction between squads and gangs. I would suggest a way for cops to be able to raid a gang's base, and somehow, like holding a certain area for a time, would reward the squad money for it. Would of course be limited, and if the gang members secure the zone and kill the cops, etc, the raid would be unsuccessful. Or something similar if you guys have some ideas regarding the way the raid goes

Edit: More of a system as people suggested below: a gang chooses a property that squads can raid, a drug lab, weapons storage, etc, and there would be certain requirements to be able to raid it, like a limit of 2 raids per day, minimum number of gang members spawned, etc, like a bank rob reversed as @Jay mentioned

22 answers to this question