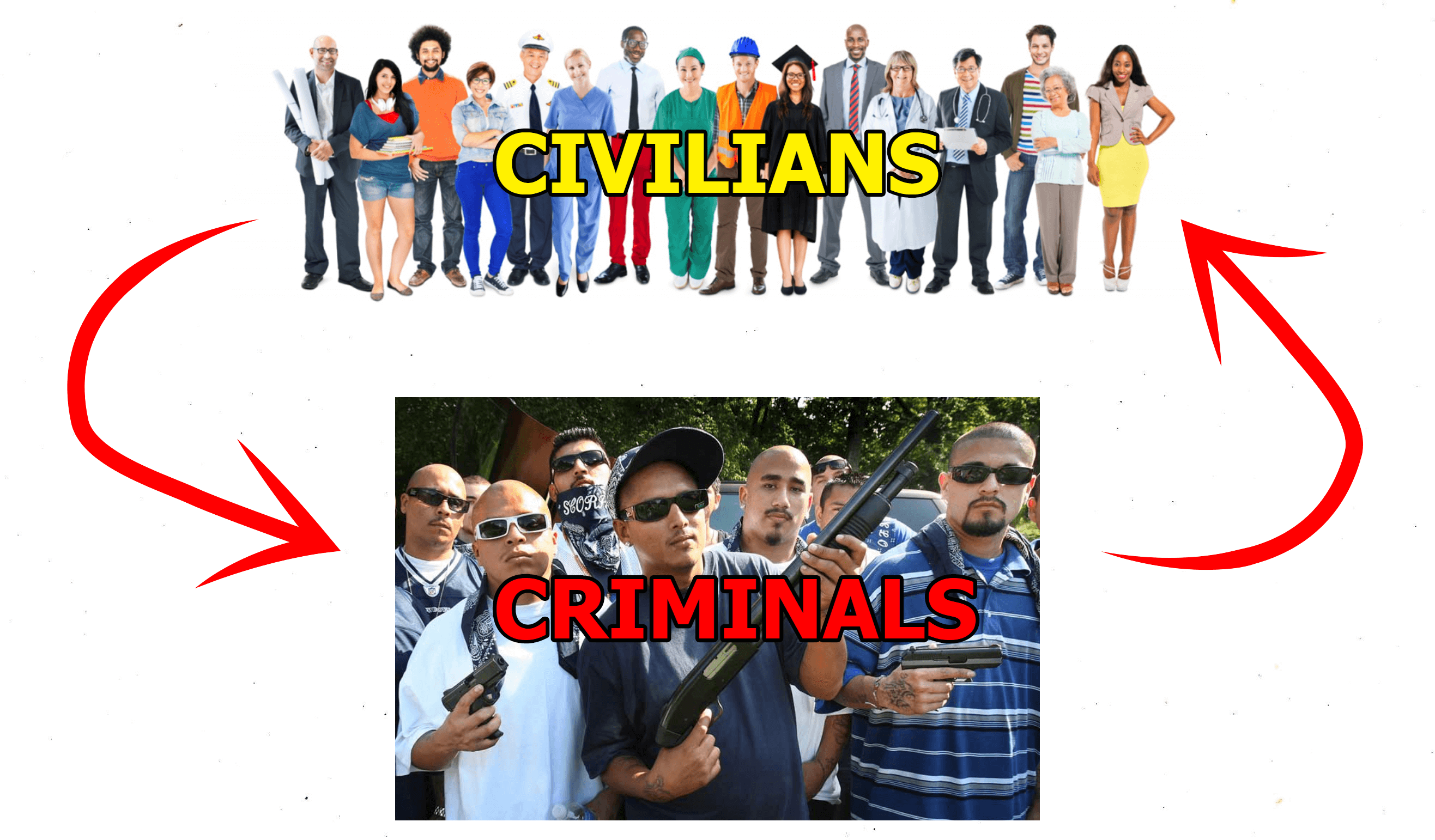 Once he gets unwanted and having 0 wanted level (by getting a bribe from a cop, by getting arrested and released from jail, if he gets his wanted level reseted by an admin or by any other way) then he gets moved back to the civilians team in TAB. This would give civilians the possibility of playing as criminals and being treated as criminals the time they're wanted by the police. By being "treated as criminals" I mean that they'll be full criminals because they've wanted level and they'll be able to do criminal activities such as SR (or they'll be able to open gates/cells at jail because they'll be at criminals team... civilians team can't open them as they don't have access to it). Their yellow colour could remain when they get changed to criminals team in TAB or it could get changed from yellow to criminals's red colour.

When they get moved back to civilians team, it changes back to yellow. They won't lose their civilians job too. For example: a civilian trucker gets wanted and he gets moved to cirminal team and he's now a criminal until he gets unwanted... He'll continue being able to play as trucker and do trucker's jobs at the same time that he has access to criminal activities (SR for example) and he's able to participate at them until he gets unwanted and has 0 wanted level.

Criminals's team in TAB will look something like this (if we decide to keep civilians's yellow colour): 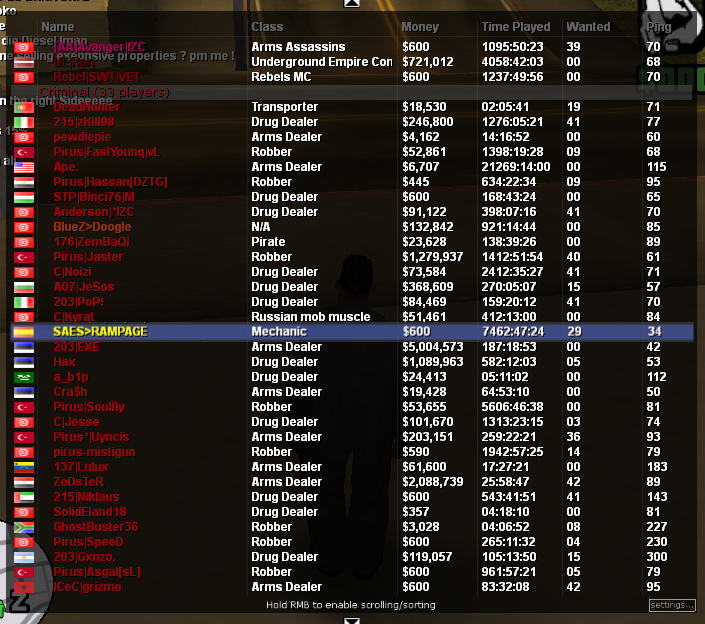 Some questions I've been asked from people about this suggestion and my idea:

"So I guess my question is why? What benefit would moving them to criminal tab have?": It would make much more sense imo as a wanted civilian at the moment he gets wanted in some way he stops being a "normal" civilian and he becomes a "wanted" civilian (criminal because he's wanted by the police). Therefore, he should stop being part of civilians team (which are unwanted and are "normal" civilians) and get moved to criminals team until they lose their wanted level (imo). I think it would improve civilians life and give them some "fun" and raise their activitiy as they'll be able to become criminals at the moment they get wanted and do criminal activities. Apart of their civilian jobs, they'll have more stuff to do if they get wanted and become criminals. There would be much more variety of criminals playing around with different classes (mechanics, taxi drivers, pizza boys, truckers, etc). Once they get moved to criminals team in TAB they'll also be able to open gates/cells at jail (I suppose? But I'm not sure about this). With this, they'll be able to attend and participate at JBs... BRs, PBRs, etc. I'm pretty sure that players will spawn more often as civilians. They'll be able to see SR blip on map/radar too and participate at it like any other criminal spawn (carjacker, pickpocket, arms dealer, etc). (Question by @Daryl ).

"So a trucker wouldn't have to spawn as a "criminal" to participate in criminal activities?": Nope, he just spawns as civilian > trucker. At the moment he spawns, if he has a wanted level he automatically gets moved to criminals team in TAB. If he's unwanted then he remains at civilians team in TAB. (Question by @Human_ ).

"Would you change their colour (civilian's colour once they get moved to criminals's team)?": This is just the main idea. Details like for example the changing of colours at the moment they get moved from civilians team to criminals team or viceversa should be discussed after. I see both options good: if they keep the yellow colour or if they get the criminal's red colour. (Question by @Daryl ). I'd like to hear some opinions, feedbacks and thoughts from you. If you think of anything to improve this idea then let me know and I'll add it to this post.

11 answers to this question